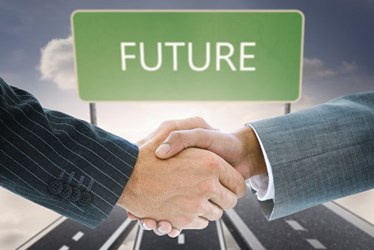 Walker Sands’ 2016 Future of Retail Study examines the subtle shifts in consumer behavior and the equally important implications. The “Reinventing Retail: What Businesses Need to Know for 2016 White Paper” analyzed the responses of more than 1,400 consumers to uncover the major transformations currently taking place in the retail technology space to predict what consumers and retailers can expect for the future of retail in 2016 and beyond.

While this year’s research found that the retail transformations are not as grand or dramatic as in past years, it revealed that there is major transformation occurring behind the scenes, and will invoke some major changes for the retail experience of the future.

Thirty-one percent of consumers now shop online at least once a week, up 41 percent from two years ago.

Forty percent of consumers say they expect to get the first drone-delivered package in the next two years or less, with 31 percent anticipating that it will take more than five years.

Theft and damaged packages remain top concerns (72 percent each) for those customers who do not trust drone delivery services, followed by safety (68 percent) and privacy (60 percent).

The Walker Sands Future of Retail 2016 Study surveyed 1,433 consumers across the United States on their shopping habits, preferences and views on emerging retail technology. The survey was conducted online in February 2016, and has a 2.59 percent margin of error at a 95 percent confidence level.